It was the differences between the two models this year. How in my mind, only one of these devices earns that, this is the most powerful phone.

Samsungs Note 20‘s both have S pens, they both have a power button and volume markers on one side, they both have USB C ports on the bottom, and Samsung claims that both now have 25% brighter screens at peak brightness, and both devices come with Snapdragon 865 Plus processors, and they both support full 5G with both sub six and millimeter-wave.

But I mean, for me, I film a lot of these phones, so I’m just happy that it’s not like a straight mirror looking back at me for once.

Now, let’s talk about displays. Note 20 has a 6.7-inch FHD plus flat screen with a slight bezel and center hole-punch camera, while the Ultra rocks a 6.9-inch WQHD plus edge screen with almost no bezels and a smaller camera hole punch.

The Ultra also supports an adaptive 120 Hertz refresh rate, but only at HD plus resolution. Now I’ll take the 120 Hertz, even if it means a lower the resolution because well, a higher refresh rate is way more noticeable to me then a screen resolution.

Am I the only one that’s like disappointed by the 60 Hertz screen on the S 20? I mean like, 2020, this one’s a thousand dollars. Should probably have 120 Hertz refresh rate. Maybe it’s just me. Now looking at the Note 20 and the Note 20 Ultra, they look different.

But I mean, let me know what you think, but I always really dug the squared-off look of the Note line. I mean, for starters, it looked more like a notebook. Gotcha.

But also that edge the display hides the rails of the phone in such a nice way. It was kind of weird to see a Note looking like it belonged in the S line, but more on that later. Anyhow, both devices certainly still feel bulky with the Note 20 wt in at 193 grams, and the Ultra coming in at 208 grams.

So you’ll be able to use DeX wirelessly with anything that supports Miracast. Also, Samsung Notes will sync with Outlook’s One Note. The S pen in these devices has the same accelerometer and gyroscope for motion controls, but with some new gestures.

I only saw the mystic bronze color of both of these phones, which is the only color they share. Now they have this great the matte finish on them, and Samsung says that’s, you know, gonna take away from all those fingerprints that we usually get on these phones.

Now on the Samsung Galaxy Note 20 Ultra, at the rare side, we have 108MP F 1.8 wide, a 12MP F 2.0 with 5X optical zoom. The Samsung space zoom going 50 X, and finally a 12 megapixel F 2.2 ultra-wide. There’s also a new laser autofocus sensor that comes as a welcomed improvement to the slow focus issues that totally plagued the S20 Ultra’s cameras.

On the video side, both phones support 4K 60fps on the front-facing camera, and on rare, they do 8K 24fps. And if you’re a monster, they’ll do eight K 30, but remember, you’re a monster. I’m just so excited to put this camera to the test.

Battery should hopefully not be a problem with these devices. Both have 25-watt fast charging that can charge up to 50% in a half-hour. With Note 20 using a 4,300mAH battery, and the Ultra coming in at 4,500mAH.

Check on this to Pre-Order Samsung Note Series Phone

The Note 20 is almost spec for spec an S 20 plus, with actually a bit smaller battery and fair. The S 20 only has a Snapdragon 865, but the Note 20 Ultra, that feels like a Note to me.

I appreciate you, also, we’re going to have a full review of the Note line coming hella soon. We’ve got tons of coverage over on the site of everything Galaxy unpacks. So be sure to check that out. 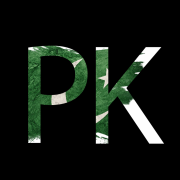 Panda Tech is a Pakistani Online IT & Technology Magazine that brings updates about the latest technology, mobile news, and latest trends in Pakistan.