Cancer can affect any part of the body, from the colon to the pancreas. Lung Cancer is one of the most lethal among all cancers. It can either begin with the growth of the tumor in the lungs or propagate from some other body part and then spread to the lungs. In the latter case, it is called Metastatic Cancer. Lung cancer is also one of the most rapidly growing diseases. According to disease control bureaus, 218,527 lung cancer cases were reported in the US in 2015. lung cancer treatment

Lung cancer is generally classified into two types based on the microscopic appearance of tumor cells. Segregation of these types is consequential as growth, spread, and are treated in different ways.

It is also known as Oat cell cancer and accounts for 10-15% of lung cancers. It is a vigorous and quickly growing type of lung cancer. Cigarette smoking is a prominent cause of this type of Cancer. According to the resources, 70% of people with SCLC get diagnosed when Cancer has already been spread in other body parts, and bleak chances of recovery are left.

About 85-90% of lung cancers are NSCLC. This kind of Cancer is divided into sub-categories like:

Adenocarcinoma: It originates in cells that are hidden in substances like mucous. It is the most common form of lung cancer found in smokers, often in women. It can be diagnosed earlier as it appears on the outer parts of the lung. People with bronchioloalveolar carcinoma have a better outlook compared to those having other types of lung cancer.

Squamous cell carcinoma starts in Squamous cells that line the lungs’ inside airways and especially near the main wind channel known as Bronchi.

Large cell carcinoma: It is produced in any part of the lung and overgrows. The brisk growth makes it harder to treat. Large Cell neuroendocrine carcinoma is one subtype that has a growth rate similar to SCLC.

Like other cancers, lung cancer results from an abnormal division of cells in the body that results in tumor development. The smoker should know that tumors can be benign or malignant, and when we talk in the context of Cancer, we refer to the malignant tumors. Here are the causes that can induce threats of lung cancer:

It is a fact that smoking not only harmful for smokers but also for the people around them. Passive smoking or the inhalation of Tobacco is also one of the developed risk factors resulting in Cancer. In the knowledge of resources, experts observed that non-smokers who reside or share the workplace with smokers face a 24% increase in the risk of being victimized by lung cancer.

Inhalation or swallowing of asbestos is also one significant cause of lung cancer. This cause was significant among workers of factories that make acoustic and thermal insulations. Due to this reason, the use of asbestos has been banned in factories.

Radon gas is the product of radioactive decay of Uranium that emits ionizing radiation. It can accelerate the formation of malignant tissues. 12% of deaths caused by lung cancer have been attributed to exposure to Radon gas.

These include familial predisposition, lung diseases, and exposure to Arsenic.

Schizophrenia Causes & Treatment, All You Need to Know

Usually, it’s difficult to diagnose lung cancer based on symptoms as these symptoms are observed with other raspatory diseases. Also, the development of symptoms occurs at later stages. However, some people may notice some signs and symptoms of lungs cancer as listed below:

The more appropriate method of diagnosing lung cancer is through tests. If a patient is suspected of developing lung cancer, healthcare professionals will put him under a series of physical examinations and acquire his medical history. Tests that are employed in the diagnoses of lungs cancer are divided into two categories:

Cancer does not appear on imaging scans, but malignant cells might appear in the sputum and may have reached other parts of the body.

The doctor discovers abnormal cells only in the upper layers of cells coating the airways.

Cancer has developed in the lung but is under 5 centimeters and has not reached other parts of the body.

The tumor is smaller than 5 cm and might have spread to the lymph nodes in the lung, or shorter than 7 cm and spread to neighboring tissues but not lymph nodes.

Cancer has spread to the lymph nodes and spread to other parts of the lung and close area.

Cancer has spread to distant body parts, such as the bones or brain.

The method to be chosen for lung cancer treatment depends on three factors: location of malignant tissues, stages of cancer, and the patient’s overall health. Radiotherapy and surgery are two common treatments for lung cancers. Though, some other methods are used as well, that are also mentioned below: 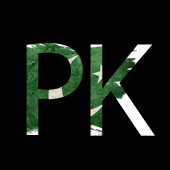 Panda Tech is an Online IT & Technology Magazine that brings updates about the latest technology, mobile news, and latest trends.

Ways To monetize and to Size up your YouTube Channel

Any cookies that may not be particularly necessary for the website to function and is used specifically to collect user personal data via analytics, ads, other embedded contents are termed as non-necessary cookies. It is mandatory to procure user consent prior to running these cookies on your website.

SAVE & ACCEPT
Go to mobile version